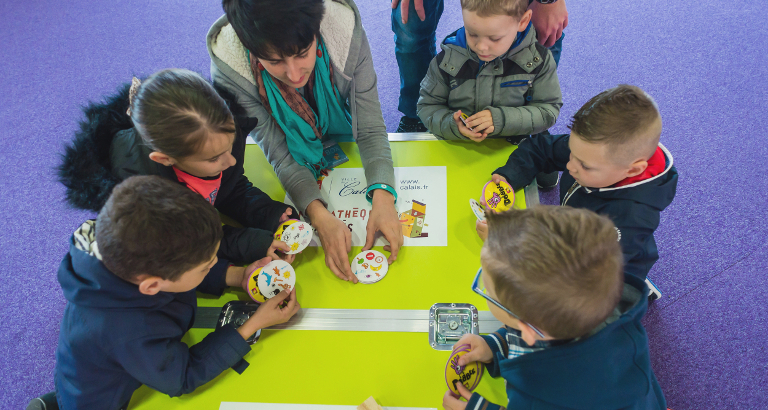 Re-Imagining the Role of Libraries in Calais

“The library is an important public institution where people from all walks of life can gain access to information regardless of their ability to pay. It is also the first place where people can gain access to culture. For this reason, it is especially important that the library be a welcoming space for groups who have felt traditionally marginalized in society. Keeping this mind, we have searched for innovative, creative and accessible ways to bring the library to the people.” Natacha Bouchart, the mayor of Calais, delivered these remarks to the city council after purchasing the first Ideas box in all of France.

As the first city in France to install an Ideas Box, Calais became an important site for innovation and experimentation. Prior to the Box’s arrival, the central library of Calais had struggled to reach certain vulnerable populations. However, with the Ideas Box, the library staff was able to reach many new people over a period of three years.

“The Ideas Box gave us more exposure. At first, many people in Calais did not know how it worked or that it was free of charge. But we began to set it up in specific neighborhoods that we identified as priorities for community outreach.” Through this approach, we were able to house the Ideas Box in central locations, such as a community center in Matisse, where young people began to flood the library over the summer. “They completely changed the mood of the neighborhood,” said Benedict, the Director of the Calais Library. 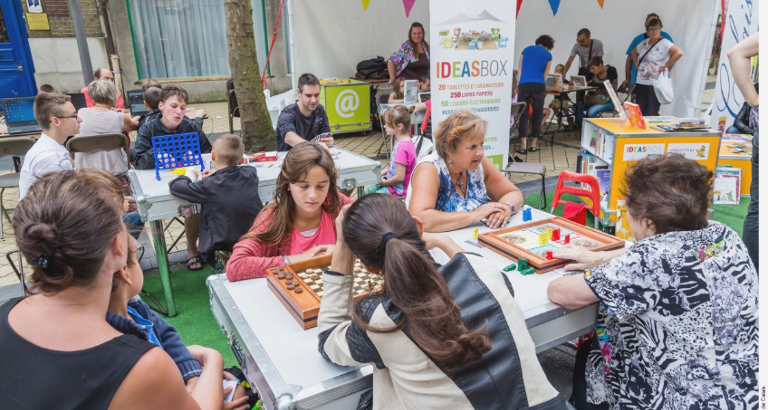 The Ideas Box in Calais

By exhibiting the Ideas Box at many community events and locations, we have raised the public’s awareness of its existence and have connected new audiences to the local library. A simple way we began to meet people where they were was by setting up the Ideas Box at the mall in the city center, where a number of new people were able to use it for the first time. These same people were later seen knocking on the doors of the local library, saying, “We were at the Ideas Box at the mall and they told us about the many things we could do at the library.”

According to Benedict, “The Ideas Box forced library staff to explore our previous attempts at making the general public feel welcome in this space. It also led us to realize the many ways we had failed to address the wants and needs of the people we had pledged to serve. For instance, in the past, we would buy many of the year’s best selling books, except for any Harlequin novels. We deemed these inappropriate and crude. However, today we acknowledge that these are valid forms of literature that are popular with our audience. Because of the Ideas Box, we have been able to see what the people want and why they want it. This has allowed us to adapt to the times.”

The Ideas Box has also compelled library staff to re-examine the purpose and scope of the library and the nature of their profession. They were forced to ask, “What is the role of a library? What is its broader mission? How does it achieve its goals? The Ideas Box forced us to grapple with these questions and to re-imagine our work. Through its dynamism, it highlighted the need for a more flexible, nimble approach. It also compelled us to think about what the library is and what it should become.”

“We now offer a variety of activities for adults and children. For example, we host introductory workshops on how to navigate the Internet, use tablets and laptops, set-up email, or use Microsoft Office. They’re very successful!” says Murielle, the head of multimedia team at the Calais library. 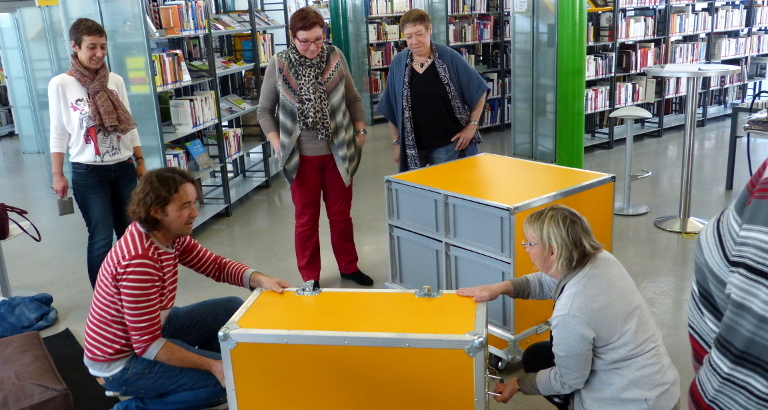 A training for facilitators of Ideas Box programs.

A Tool To Enhance (Not Replace) the Library

“The Ideas Box does not replace the traditional library. It is merely a tool to enhance the library’s reach. In the beginning, we used the Ideas Box to bring the library into spaces beyond the bounds of the traditional library network. It allowed us to boulevards, malls, community centers and schools. By setting it up in these spaces, we have changed the behaviors of people in the community, allowing them to develop the habit of regularly visiting the library. We hope to once again become a focal point of the community  — a place where people can access the tools and information to live their best lives.

In Calais, the library team has focused its efforts on forging strong partnerships with civic organizations like the Matisse Social Center in Beau-Marais and the Espace Fort Social Center in Fort Nieulay, in an effort to create strong cultural programming that is responsive to the wants and needs of local residents.

“We want our partners to take ownership of the Ideas Box and to leverage its resources to develop better programs throughout the city,” says Benedict. 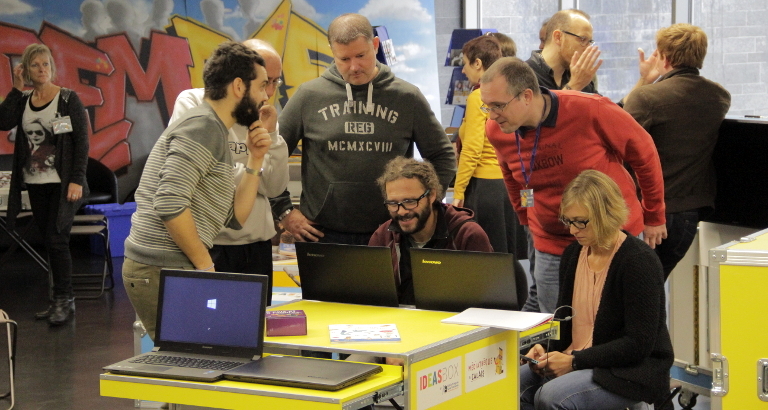 A training for librarians on how to leverage the tools of the Ideas Box.

“Our partners are thrilled. They see the value of the Ideas Box and each want one of their own. They know that its content can be adapted to address the various themes their organization’s tackle: addiction, health, anatomy, science. They also feel comfortable using its resources to offer workshops and activities of their own.” Many have also seen the transformative potential of using the Ideas Box to promote intergenerational activities that build social cohesion. For instance, one organization hosted a board game night for elderly residents of a nursing home in Calais and young people who had been placed on probation by the courts. During the event, it was heartening to see the youth working with older residents, some of whom had Alzheimer’s. “You never would have known they had problems with the law. They behaved well…It was looked adorable.”

In addition to the city’s long-time residents, the Ideas Box has also become a mainstay in the lives of new arrivals: the thousands of Afghan, Sudanese, Syrian, Iraqi or Iranian refugees who lived in the infamous Calais camp known as “The Jungle.” Before the government dismantled this camp in October 2016, many refugees visited the Ideas Box and attempted to use its resources, particularly to learn French.

“The refugees who came to the library were those who wanted to integrate or who had applied for asylum in France. Many of them came quite regularly. At first, many did not speak any French and we could hardly understand them. Today, we see these same people reading the North Coast daily paper. If this isn’t integration, I don’t know what is!” 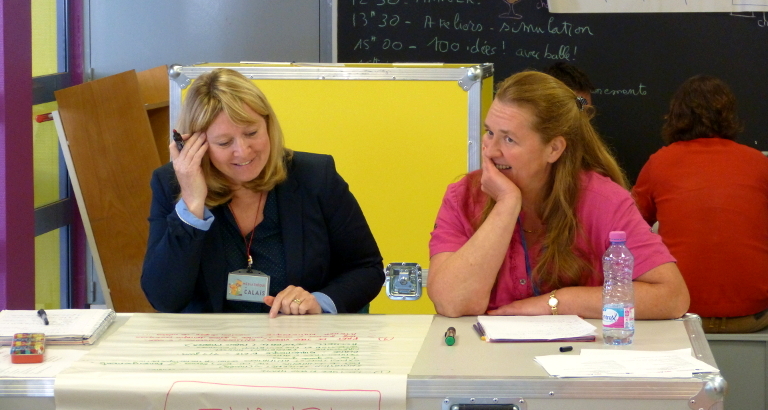 A pair of librarians from the Library of Calais.