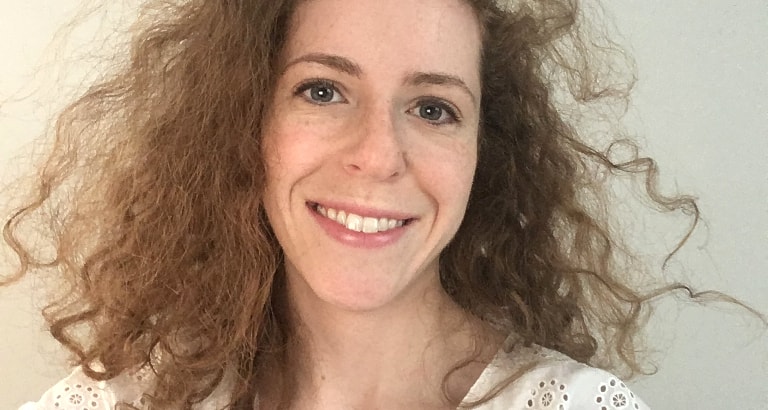 Kaila : ‘The library is a place of empowerment that everyone deserves to call home.’

Kaila is a young writer, educator and volunteer translator. She has offered her help, her energy and enthusiasm to Bibliothèques sans frontières since January. She is a francophile Newyorker passionate about books, believes in the power of education and works everyday to make it spread.

“Coming from a family of teachers whose ancestors emigrated from Russia and Eastern Europe, I’ve always had a natural bent towards learning about other cultures, especially through literature and art. I started by observing the world around me through my journal. Years of journaling led me to pursue my passion for writing, and I published stories, poetry and essays after earning my Bachelor of Arts in Creative Writing and Adolescent Psychology at New York University. I loved who I could be when I wrote, taking on different personas, planning complicated plots, playing with words and sentences like they were paints. I worked in publishing and as an editor for a several years, but knew that I wanted to collaborate with others, and I changed my career path to education. It was in my blood, after all.”

As a teenager, she discovered and developed a true love for french literature and culture. A few years later, she transformed this interest, her education, her love of reading and sharing into a career.

“My passion for France started at a young age as well. After the 2004 film version of Gaston Leroux’s The Phantom of the Opera hit screens, I became fixated on 19th century French culture. I studied French in school and beyond, devouring French literature and art, immersing myself in a culture that I would soon make my own. I first traveled to France with my family while a teenager, then again during a summer of college, and most recently moved here to teach English at elementary schools in the outer suburbs of Paris, through workshops, focusing on songs and activities that helped the students with vocabulary, pronunciation and culture.”

She learned about Bibliothèques sans frontières when she was a journalist in New York. As the French-focused editor of a culture publication, she was researching French NGOs to feature. She stumbled across BSF, found out the US branch and reached out the Director of Communication and Advocacy, Katherine Trujilo.

“I found out about the amazing things she and her international team were doing with the Ideas Box, a mobile library fit for the most underserved populations and areas without educational resources. Their cause struck me deeply, and I needed to get the word out to American audiences about this wonderful organization.”

Once in France, she quickly got involved with BSF, translating articles and materials into English.

“I’ve also always done work and volunteering in educational institutions including schools and museums, seeking out academically nurturing and inclusive environments. That’s why when I came to France I knew I wanted to volunteer for BSF as a translator, because my education is something I will never stop being grateful for. I wanted to give back to an organization that provides educational resources to those that could only dream of such freedom.

I love translating, finding it such a satisfying puzzle to use culture and idiomatic language to make the message precise and relatable. Before I learned French, I was grateful for the many English translations of French literature that helped make me fall in love with France. As BSF continues to grow, it is vital that as many people can be reached as possible, and I am grateful to help make that a possibility.“

Libraries mean to her happy shelters, feelings of wonder, resourceful places to foster.

“As a child, I was a book fiend, often spending long afternoons at my public library or pouring over books at the book fairs of my school library. The library was not only a quiet place to read, but hosted workshops, activities and readings that transformed it into a social sanctuary. In high school, I’d spend every lunch period in the library, looking through books on Medieval fashion, marine creatures, psychology. In college, I spent more time in the library than I did in my dorm, waking up at 5am to be the first one through its doors, sitting by the window overlooking Washington Square Park, in a state of such unquantifiable bliss.”

And this library experience grows and finds a renewed meaning elsewhere, abroad, in new places, in the everyday life.

“Feeling stuck in New York, like I needed to live the culture that I’d studied for so long, I decided to move to France. I wasn’t out to be the cheesy American expat, but learn about the complicated politics of France from education to immigration. Some of my favorite discoveries have been the libraries, namely the BnF and Bibliotheque Sainte-Genevieve. Of course, the fascinating exhibitions, readings, gastronomic creations. But what I really delighted in was the quotidien – starting a train conversation with an archivist from Chamarande castle, philosophizing with a Carrefour butcher, staring in secret at a very cool Jamel Debbouze sitting on the banks of the Seine. France’s history is imbedded in every citizen. In America it’s more difficult to know where you come from and who you are.

When not working, I would either be writing or reading at a cafe, at an exhibition, seeing a film or just being a flaneuse. All this to culminate in a written project. I know I am never done learning, and now that I’m back in New York for the moment, I’m reading as much as I can, filling in the gaps so I can be better informed when I’m back in France.”

A story to be continued.

“I see my relationship with BSF as lifelong. I want to continue to translate, making information accessible to new generations all over the world. In the fall I’ll be starting a Masters program in Library Science, and plan to get back into the schools to promote the incredible resources we have at our disposal in these modern times. As someone who embraces history, of course I always fear that technology will move too quickly. For a long time, I dismissed technology, until I realized that it needed to be cultivated for good. I want to see a world where literacy can be achieved for every person, where the records of information and history are expertly preserved and spark the curiosities of even the youngest. I want to see a future where libraries are welcoming hubs for everyone, international sanctuaries that speak a universal language, that connect people from opposite ends of the Earth. Education is power, and the library is a place of empowerment that everyone deserves to call home.”