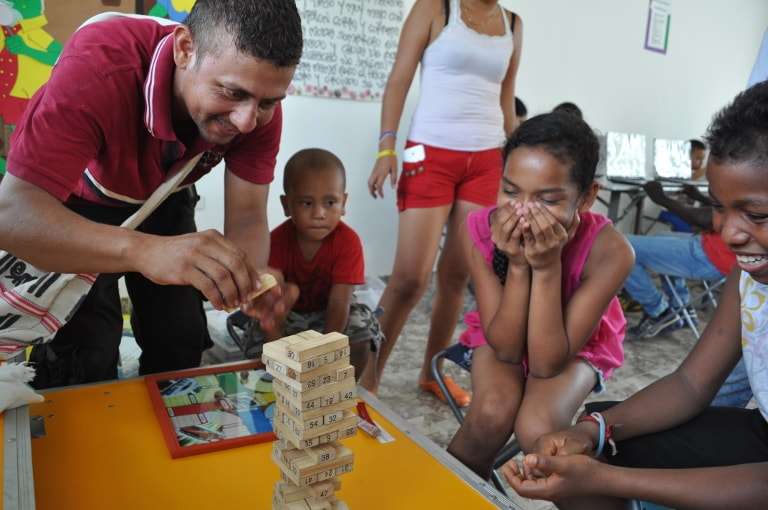 “THE LIBRARY MAKES US STRONGER”

Walter lives in the village of Santa Maria, close to a demobilization camps of the Revolutionary Armed Forces of Colombia, the FARC, an area severely affected by the conflict where many armed groups are still operating. At the center of the village, a library facilitates the dialogue between the inhabitants, affected by more than half a century of struggle.

It was in 2017. Following the signing of peace agreements between the government of Juan Manuel Santos and the veterans, Libraries Without Borders installed twenty Ideas Box in remote and isolated areas of the country, formerly controlled by the FARC and long neglected by the government. One of them is in Santa Maria, where Walter is an active member of the Group of Friends of the Library. In partnership with the National Library of Colombia, this project aims at national reconciliation and the construction of peace.

If the village population did not see favorably the establishment of the FARC demobilization camp, Walter tells us how this “space of culture” played an important role in the acceptance and the resolution of conflict. It is a place of impressive community and social work.

“In Colombia, our daily activities are routinières, many work in the fields. Before the arrival of the Santa Maria library, the people of the village did not know what to do with their free time, they were hanging out. Now some of them come to the library, look at the books and gradually take ownership of the space, or even begin to get involved.

A library is a place of culture where opportunities can arise. An open space on the world to improve its future. It makes us stronger. Many books help us, for example, to improve our situation, especially the management of the income from our agricultural crops. Absolutely everything is in the library, we just have to get closer and look for it.

In just one year, we have seen impressive changes. Especially with children ! They love the library ! The seeds we planted are already bearing fruit. Of course, the library of Santa Maria is very recent, but the progress is already immense.

I think about this young girl, Camilla. At the opening of the library, she had many behavioral problems, related to certain psychological and family traumas. Pushing the door had already been difficult for her, the novelty impressed. She did not say hello for example, she answered as she was angry against the entire world. Classmates, teachers, inhabitants: she spared no one. In fact, she felt lonely and rejected. Today, thanks to a work of regular trust, she actively participates in the events of the library, with the smallest in particular. His mother even came to ask Sandra, the librarian, what we had done to her daughter. Obviously, her behavior change is not due to the fact of the library, but it has greatly contributed. Sometimes Camilla gets away for a week, but she always comes back. Today she is a girl who smiles, who greets and adapts.

For children, the library is a second home, the librarian a second mother. Adults come from time to time on a regular basis. As for the teenagers, it was harder to get them. To attract them, we had the idea to create a dance and theater group. And indeed, young people are now entering spontaneously. Among them, some come with their personal problems, like their addiction to drugs. Although we have not managed to eliminate the problem, their consumption has decreased somewhat. Because now, they have something to do.

The Santa Maria Library has created and recreated trust between people. Things are starting to change. Sometimes I imagine this library in a year, in 30 years. When I’m 70 years old, sitting on a small chair in this library with my book, saying to me, ‘We got there, we made this library, we did it !’ “ 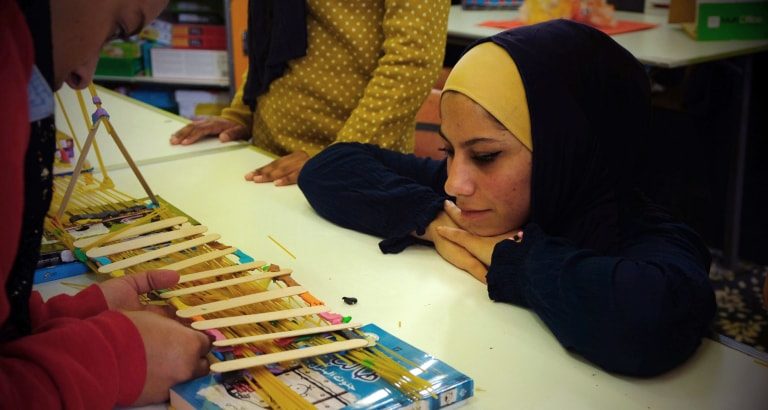