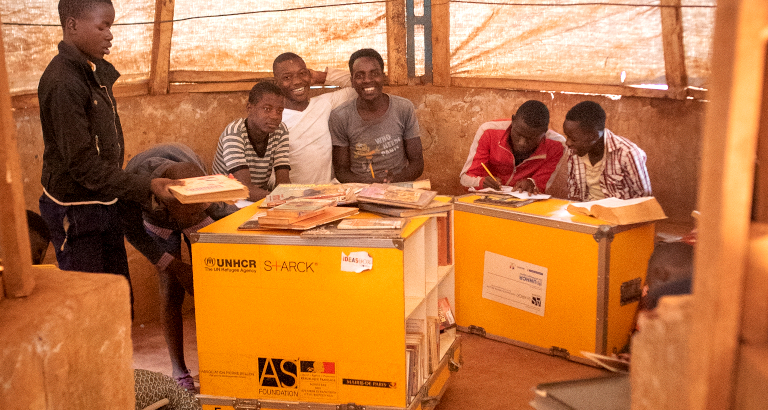 In February of 2014, Libraries Without Borders inaugurated the first Ideas Box kit in Burundi. In partnership with UNHCR and IRC, three Congolese refugee camps in Bwagiriza, Musasa and Kavumu received kits. The first was installed in the Musasa camp, twenty kilometers from the Rwandan border. Now six years later, what are they like? A library to learn, create and play. A place to gain knowledge, of refuge and to meet to forget trauma.

Returning from this inauguration with Benjamin Gausset, Regional Coordinator in the African Great Lakes, and future projects.

Burundi now has close to 80,000 refugees, where the mass majority are Congolaise. In the Musasa camp, in the province of NGozi, 8,500 refugees are settled in makeshift dwellings, 5,000 refugees are children and adolescents. Six years ago, in February, the Ideas Box arrived by truck, like when the ice cream man comes.

“I remember very well the look of wonder from the men, women, and children when the Ideas Box arrived in the camp. It was close to a hundred and fifty people, all curious and amazed in front of the colored boxes. Some were even singing: it was an incredible event for them, it was like a blessing!” explains Benjamin.

The youth hurried to be part of the project to work as presenters and mediators. Some were informants, others librarians and cultural mediators. The profile selection was made according to our needs and the skills of each participant; so to fairly represent the communities in Musasa.

Very quickly, the Ideas Box was met with immense success. Refugees of the camp, partners and even the Burundaise were present each day.

“During the training and the first activities, everyone was participating, invested and curious. It is the most important thing to me. That the people feel happy and able to find books and games that interest them. As they were not able to go to school, the children were finally able to continue learning and dreaming of a better future. Their mothers were in turn less worried about going to work, knowing their children are busy attending the only library in camp.”

Six years later, and nothing has really changed. Perhaps the book covers have now ochred from the dust on the ground, the connect four games and the tablets a little less numerous, sparking a few small arguments here and there. But still, when the library opens at nine o’clock, nearly one hundred children wait in line each morning. For many of them, this Ideas Box is the only cultural space they have ever known.

In Musasa, 90% of the Ideas Box users are children. Older people come to read stories from their countries of origin and share their experiences.

“The Ideas Box is better than a simple library, it is a safe space, and a place of social cohesion in the camp. It is their only means to books and games. And the communities knew how to utilize it, not like we envisaged it, but as they wished it. It is why this space is so dynamic today. If the Ideas Box had instead been overseen by us and our partners, maybe it would have been less spontaneous and free. It is a question for debate, but I remain convinced.

Now our presence is no longer needed so that the Ideas Box can continue. It is a great victory! However, we can still go further, and develop new awareness-raising topics like on health and the environment.”

Today in the Great Lakes region, seventeen Ideas Box kits are installed in Burundi, Tanzania and Rwanda. Soon to be twenty-one.

“Libraries Without Borders is a young organisation, but it is developing well and rapidly. Nevertheless it is important to stay attentive and not to go too fast: we must organize ourselves to better help developpement, in terms of intervention and offers of services to communities and partners.

We really established ourselves as an important ally to Burundi, and in the region, all while answering the needs of the population we worked with. It’s a success! I am someone ambitious: the Ideas Box kits, this is just the beginning. I would love to utilise all the potential of the youth to make these tools relevant for communities.”

A Text by Preamoney Tan and Translated by Catherine Van Dood

Since 2007, Libraries Without Borders acts to bring knowledge to those who are deprived of it – from refugee camps in Bangladesh to rural territories in France – and make the right to culture a fundamental human right. In twelve years, the association has aided more than six million people in fifty countries. 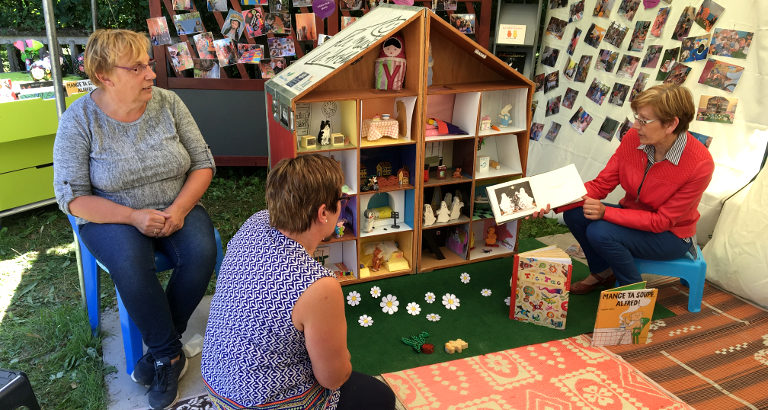 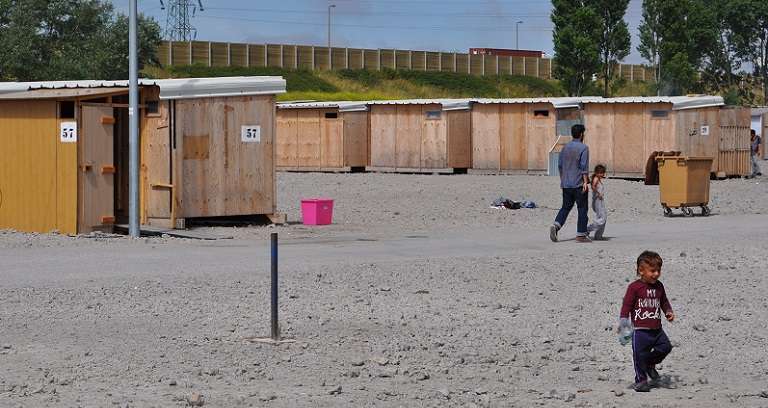 Maps for the Refugees at Grande-Synthe Camp