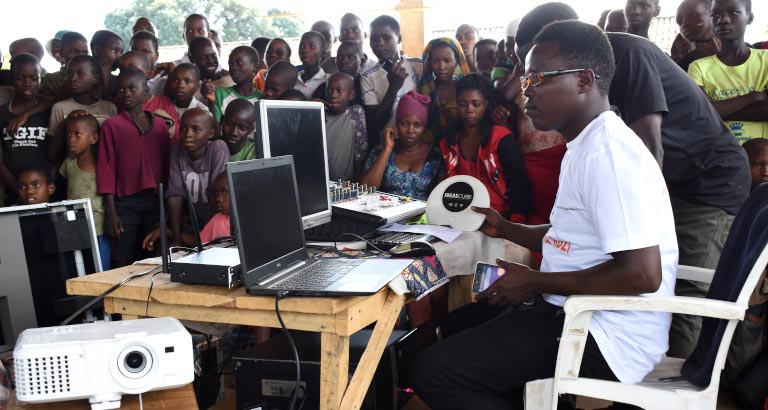 Burundi: Breaking the Taboos of Sexuality

In Burundi, the lack of useful resources on subjects related to sexual and reproductive health may be dangerous for young people and adolescents. Specialized programs are not sufficiently equipped to adequately respond to their needs. The consequences for their lives are substantial: school dropouts after unwanted pregnancies and early marriages are common.

In order to remedy this situation, for over a year we have been supporting Burundi healthcare professionals, facilitators, and teachers as they promote awareness and prevention for their audiences, all thanks to the installation of digital libraries – Ideas Cubes – in six provinces of the country. Our objective is to reach 100,000 young people and adolescents by 2022!

We met with Nadine Dusenge, project coordinator at Bujumbura.

In 2019, Libraries Without Borders installed 10 Ideas Cube kits in several schools, associations, community centers, and health centers in the country in order to strengthen access to and the quality of information about sexual and reproductive health among young people and teenagers. Six provinces have welcomed the project: Bujumbura Mairie, Bujumbura Rumonge, Makamba, Gitega, and Muyinga.

Our team hand selected the contents of the digital libraries – created by the LWB five years ago – in collaboration with the Ministry of Public Health and the fight against AIDS and our local partners. We took into account the age and the needs of the children. Many subjects were addressed: motherhood, HIV prevention and cervical cancer, family planning, combatting unwanted pregnancies, and preventing gender-based violence.

“Sexuality is a taboo subject among young Burundians and among adults as well. Nobody talks about it at home. Adolescence is, however, an important period of transition; young people ask a lot of questions. It is very hard to answer them. Access to reliable information on the subject would allow them, however, to grow up safely and fully live out their sexuality.

With the Ideas Cube, we do not want to compete with but rather to uphold existing structures and strengthen the efforts already undertaken in schools or in “friends of youth” health centers, bringing new ways of understanding to young people. They must above all be actors in their own health practices and adopt a responsible and preventative behavior.” – Nadine Dusenge, project coordinator.

Adapted to the local context, 1250 items are now available in the Ideas Cubes, in French and in Kirundi. Beyond resources related to sexual and reproductive health, our teams have also included resources for entrepreneurialism. Exercises for learning French and courses on biology, history, and geography have also been added.

Since August, we have trained 126 facilitators, teachers, and partners to use the Ideas Cube and to put in place workshops based on the content.

“The Ideas Cube allows our partners to diversify their resources, enrich their knowledge, and better prepare for their sessions. We have particularly focused on video testimonies. Videos of former drug users or young people living with HIV are watched and debated often. It is much more concrete than just simply reading books. This lets certain young people identify themselves, a first step in better accepting oneself.

Conversation hours are also regularly organized between parents and their children. There needs to be a dialogue in order to break the taboo.” – Nadine Dusenge.

Since the arrival of the Ideas Cube, health centers have become very popular, including those of ABUBEF and RNJ+. More and more young teenagers show up every week at the awareness workshops about unwanted pregnancies, early marriages, sexually transmitted diseases, and violence against women. The demand for information and educational discoveries keeps growing while the facilitators feel more equipped and able to answer their questions and deconstruct stereotypes. Schools have also seen their health clubs revitalized after the introduction of the Ideas Cube.

“More and more students go to the health clubs, attracted by the tablets and the Idea Cube’s technology. The teachers have witnessed true enthusiasm on their part! In the Kimina high school, for example, the club today has 520 members, compared to 60 before the digital library.

Another victory: during the first quarter, no student was expelled from the high schools in Kimina and Mabanda. Among the usual causes for expulsion, be they permanent or temporary, we can count pregnancies or drug overdoses. The students are becoming more and more responsible.” ­– Nadine Dusenge.

Our teams regularly organize meetings between facilitators from the center and teachers to share their experiences, their practices, and to respond to the challenges they face. Following these meetings, we see a few areas in which to improve in the coming months:

“More content on combating unwanted pregnancies will soon be added to the Ideas Cube, with a particular focus on video testimonies. Our teams will also select more resources on the consequences of secret abortions and gender-based violence, especially in Kirundi.

With the cameras given to us by Libraries Without Borders, we want users to create their own content and share them with their peers. The content production in Kirundi will allow everyone to identify themselves in the videos filmed and messages sent. Their involvement is key in the success of the project.” – Nadine Dusenge.

Up to now, 11,200 young people and teenagers have benefited from the program. In April of this year, 15 supplementary Ideas Cube servers were installed in centers and in schools. With the support of the Embassy of the Netherlands, 130 Ideas Cube kits will be implemented throughout the country by 2022. 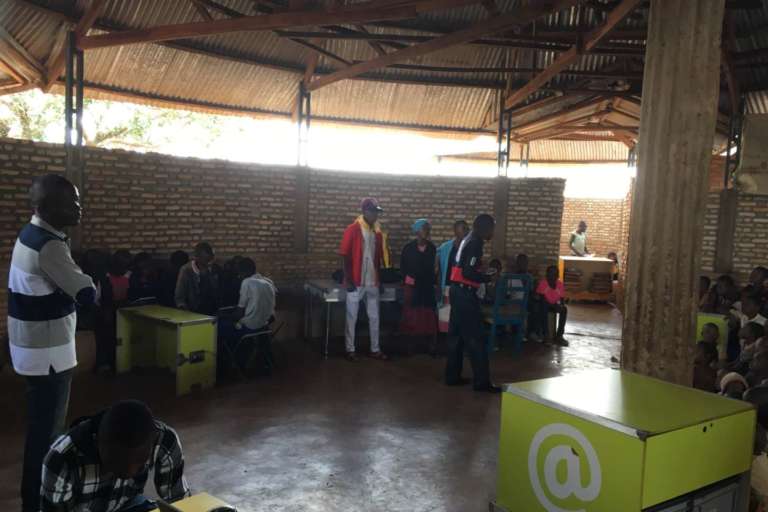 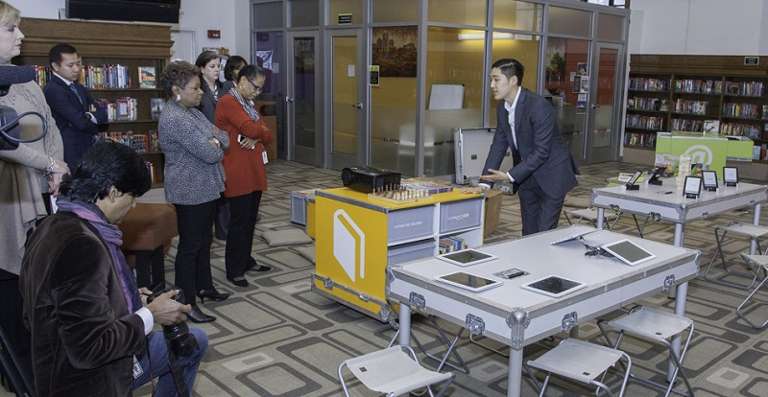