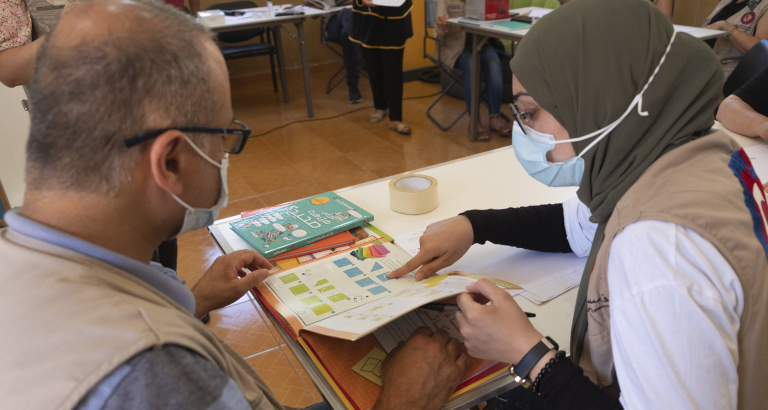 In Lebanon, Bibliothèques Sans Frontières and the local NGO Amel set up three Ideas Box kits in Haret-Hreik, south of Beirut, as well as in Kamid el-Loz and Khiam this spring. With the support of the French Development Agency, the media libraries in kit form reinforce access to education, autonomy, and social cohesion of both host and refugee communities in a context of unprecedented health, economic and political crisis.

In Lebanon, more than 1.2 million children have been taken out of school because of the health crisis, according to the NGO Save the Children. Deprived of school for more than a year, many of them never returned because of the they fell too far back or parents experienced economic challenges. As for the Lebanese children still in school, they have benefited from only eleven weeks of education over the 2020-2021 academic year. The school failure rate and the risk of dropping out are a real threat to their future.

In addition to the lack of access to education due to the pandemic, there is also a deep economic crisis that is increasing the inequalities between the inhabitants. The country has still not recovered from the explosion at the port of Beirut on 4 August 2020, which killed more than 200 people and devastated entire neighbourhoods. In the last year year, the Lebanese currency has seen its been devalued tenfold.

“Due to fuel shortages, many gas stations did not open for several months. At the ones that were open, the queues were endless: sometimes people had to wait up to five hours to fill up. As for electricity, people have it for about two to three hours a day. You can imagine where education is relegated… the needs are immense!” Agustin Galli.

“The situation is making it increasingly difficult for all strata of the population to access education. With the 70% increase in the price of fuel this summer, many parents can no longer afford to pay for their children’s school trips because the price of the trip to school has become higher than the price of schooling. This is one of the major factors that explains the de-schooling.” Aya G. Khoury.

Faced with this situation, BSF and Amel have set up a large project to strengthen the quality of and access to education for Lebanese youth and contribute to their psychosocial well-being. To this end, we deployed three Ideas Box kits in three centers managed by Amel to diversify and strengthen the quality and impact of the educational activities carried out by the NGO in Kamid el-Loz, Khiam, and Haret-Hreik south of Beirut.

Trained by BSF teams to use the Ideas Box kits, 65 teachers, facilitators, social workers and psychologists from Amel use the contents of the library kits to offer educational workshops and remedial classes to young people and students, in line with the Lebanese programs. The surrounding residents can also meet there to participate in creative activities or job search workshops.

“The Ideas Boxes have allowed us to develop, diversify and enrich our daily activities. They are safe spaces for residents. Their contents have been selected by the Amel and BSF teams to best meet the needs of the centers’ audiences. They include physical and digital books – mainly in Arabic and English, board games, and many resources for learning languages, mathematics or sciences.

Three Ideas Cube digital bookshelves are also set up in the field. Users can find information and advice on how to enter the job market, or learn cooking, hairdressing, or carpentry. Various videos also allow us to organize awareness-raising workshops on women’s rights, early marriage or health prevention.” Aya G. Khoury.

The political, economic and health crisis that is hitting the Lebanese hard is also having a serious impact on the lives of refugees, mainly Syrian and Palestinian, who are already extremely vulnerable.

“Lebanon does not recognize the existence of official refugee camps. Most often, they live in informal camps that are more or less organized, on agricultural land where some of them work to earn a little money. Their living conditions are extremely precarious, most of them sleep in tents. In response to this situation, we are setting up transportation that brings the refugees directly to AMEL’s centers so that they can benefit from the Ideas Box. Literacy classes and creative workshops are organized for all ages.” Agustin Galli.

“In December, we will offer Syrian refugee women several digital workshops to promote their embroidery and creations. On the computers of the Ideas Box, we will teach them how to create a page on social networks to showcase their products and sell them.” Aya G. Khoury.

Tensions between refugees and their Lebanese neighbors are heightened by the crisis, and Amel’s mediators sometimes organize joint events to ease conflicts. Lebanese and refugees meet at the Ideas Boxes for a shared activity.

“The Ideas Box activities promote social cohesion among the different communities. In Kamid el-Loz, for example, our teams set up a culinary activity around a typical dish shared by the three communities – Syrian, Palestinian and Lebanese: Man’oushe Za’atar, a thyme cake that is prepared differently in different countries! That evening, everyone cooked it in their own way and shared their recipe with the other workshop participants.” Aya G. Khoury.

Over the next two years, Amel’s mediators hope to reach more than 5,000 Lebanese and refugee children, youth, and adults with these activities. In addition to this project, the current situation in Lebanon invites us to constantly search for new funding and new forms of intervention to make access to education and information an essential need to encourage integration, autonomy, and community empowerment.

Bibliothèques Sans Frontières (Libraries Without Borders) is an international non-profit that strengthens the capacity of people in vulnerable situations by facilitating access to education, culture, and information. In more than 50 countries, we create innovative cultural and learning spaces that allow those affected by crisis or precarity to learn, to play, to build communities, and to construct their futures. 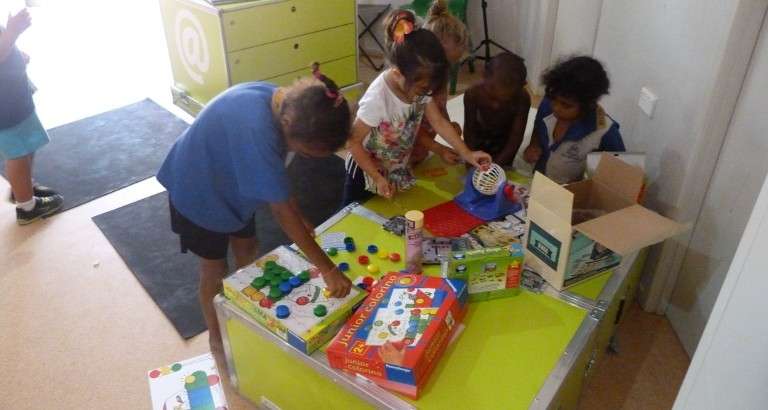 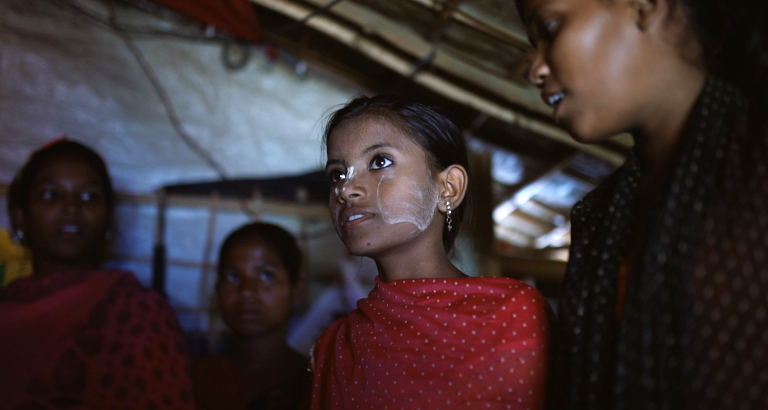