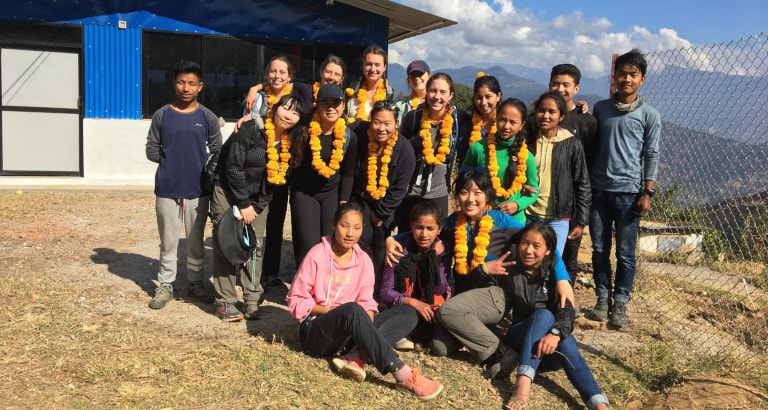 In Nepal, a Library Fights Against Human Trafficking

In 2016, “Library for Batase” was a simple idea, born out of a trip to Nepal: the idea was to build the first library in Batase, a remote village in Nepal, specifically to combat human trafficking. Supported by a group of fourteen Australian students from the Australian National University over a year ago – and led by Christina Lee, a former intern at Libraries Without Borders – this idea is now a reality: the Batase Library opened on Christmas Day 2018! Christina recounted:

“Two years ago, I visited Batase village in Nepal. It was an absolutely phenomenal experience to visit the village and the people I met there were the most beautiful human beings. But behind their smiles, they had traumatic scars. The girls, their sisters and mothers are constantly human trafficked to India. From that moment on, I decided that I will give everything I have into anything I can do to eliminate injustice in our international communities through education. After I returned from Nepal, I had to do something, so I contacted LWB.”

In 2017, the International Labor Organization estimated that 24.9 million people today are still victims of human trafficking, through forced labor, domestic labor, and sexual exploitation. 79% of them are young girls and women. In Nepal, the lack of access to information and education, illiteracy and poverty are the major causes of human trafficking because of peoples’ vulnerability to misinformation and manipulation.

For that reason, after more than a year, Libraries Without Borders accompanied Christina to help her build this library. Notably, this is thanks to the KoomBook, an autonomous server created by our association that emits a Wi-Fi signal in disconnected zones, in which you can find e-books, videos, math exercises and language courses.

“Currently there is no internet or newspaper access in the village, and the closest library to Batase is in Kathamandu, which is about a 2-day hike. Thanks to the KoomBook, the Batase Library will provide Wi-Fi connection. In the KoomBook, we have included videos to raise awareness of the issue of human trafficking and to educate the village residents.

Because textbooks are not enough, the library also has a thousand books in Nepali and English, as well as 45,000 e-books for greater exposure to literature from all over the world. It’s a safe place to read, learn, share ideas and dream.”

In addition to a weekly cinema session, there will also be workshops in the library – on hygiene, sports, journalism, and writing – movie making with tablets, and games to encourage group activities amongst young children facing illiteracy.

In the winter holidays, during the inauguration of the library, users were all trained on how to use the KoomBook by thirteen student volunteers from the Australian National University and Queensland Technological University. Each day, a few residents of Batase will take turns opening it, awaiting the arrival of the local librarian, who will also be trained.

“The librarian will ensure that the resources are looked after, facilitate activities and guide the users so they know what types of information are available and how they can access them. We will also provide on-going training to the librarian, who will also collate both qualitative and quantitative data to evaluate the impact of the library, in order to make improvements.”

The construction of the Batase Library was made possible thanks to collaboration between Libraries Without Borders, Friends of Himalayan Children and the Australian National University. A fundraiser also mobilized more than 500 people in 14 countries: 12,000 Euros were collected.

A video is also available here! 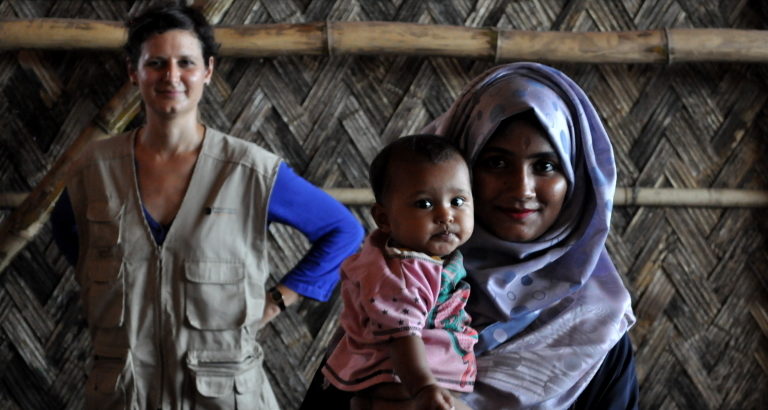 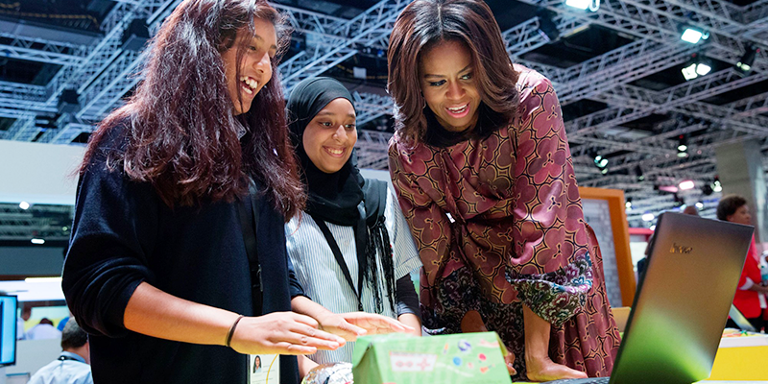