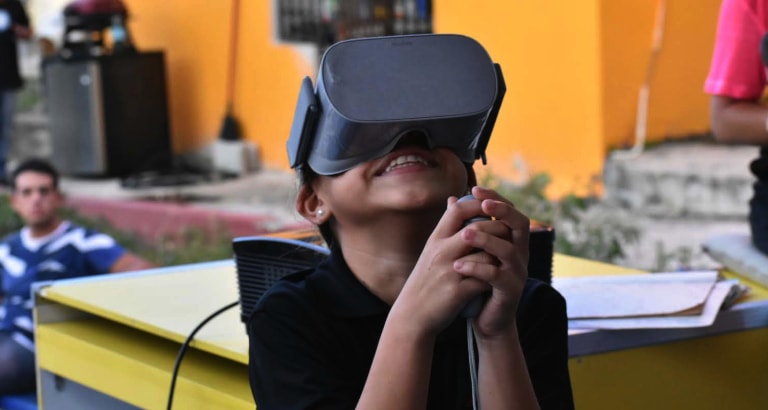 After the Maria hurricane, the resilience of the inhabitants of Puerto Rico

In September 2017, Hurricane Maria violently hit the island of Puerto Rico, killing nearly 3,000 people and destroying many hospitals, homes and public buildings. On this American territory, it is the strongest storm in the last 91 years, decimating the electrical network and water supply systems, already weakened, cutting the roads and isolating many villages. For several months, thousands of people had no longer access to healthcare. Even less to education. Katherine Trujillo, coordinator of the project in the United States, tells us.

How to rebuild and reconstruct ourselves after a disaster? What role can local people play? Last spring, Bibliothèques Sans Frontières went to the Caribbean Island for an exploratory mission to assess the situation and the damages on the ground. With the help of the island’s inhabitants, we set up pilot projects in two communities. Especially in the district of La Perla, around the capital San Juan, already well slaughtered by violence, crime, drug trafficking and severe austerity measures.

“With the help of several local associations and small businesses, we have set up and run an Ideas Box to encourage the creativity of people of all ages and socio-economic backgrounds. By equipping them with the resources and tools needed to rebuild after the storm, it quickly became a space where everyone can borrow power tools to repair broken furniture, attend courses on social entrepreneurship or to be well accompanied in his administrative steps.” Explains Katherine.

Workshops are regularly offered. For example, the organization called Puerto Rico Science, Technology & Research Trust lent us virtual reality equipment and 3D printers, which are used in activities run by students from the University of Puerto Rico. The Scuba Dogs association also contributed to the project by teaching community members how to keep the oceans clean and sort their waste. Dance classes are also sometimes organized. By offering them access to information and to these various services, the Ideas Box reinforces both the social links between Puerto Ricans but also their resilience.

“The success of this project can only be attributed to the immense commitment and daily efforts of the local population, despite a very difficult context. Whether they are students, young entrepreneurs, writers or musicians, all contribute by lending hands or teaching their craft. Libraries Without Borders is not the expert of the region. A member of the community is much more competent because he will be able to solve problems and give his opinion more easily. That is why it is essential to work with all those who want to get involved in the reconstruction of their island.” Katherine concludes.

Thanks to the support of Sony, this project will be funded for another year. Since April 2019, Bibliothèques Sans Frontières has also been present in Saint-Martin to accompany the inhabitants and help rebuild the island after the passage of Hurricane Irma in September 2017. To support our actions, you can make a donation. 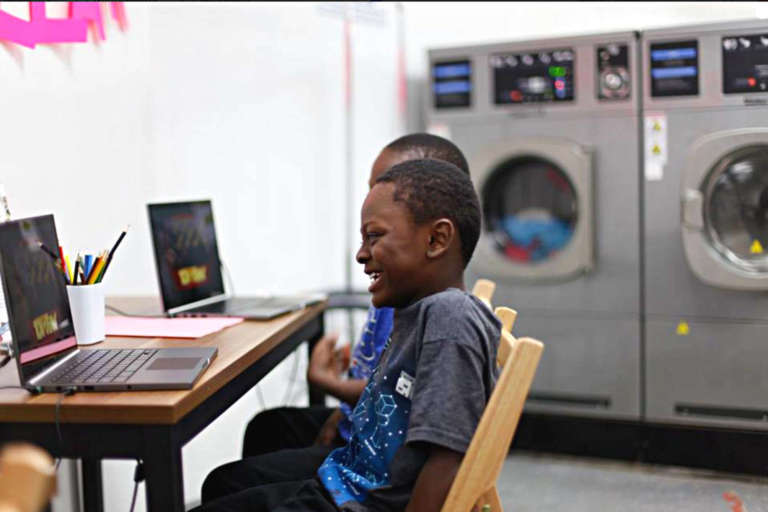 From Libraries to Laundromats: Learning in Non-Traditional Spaces in Detroit 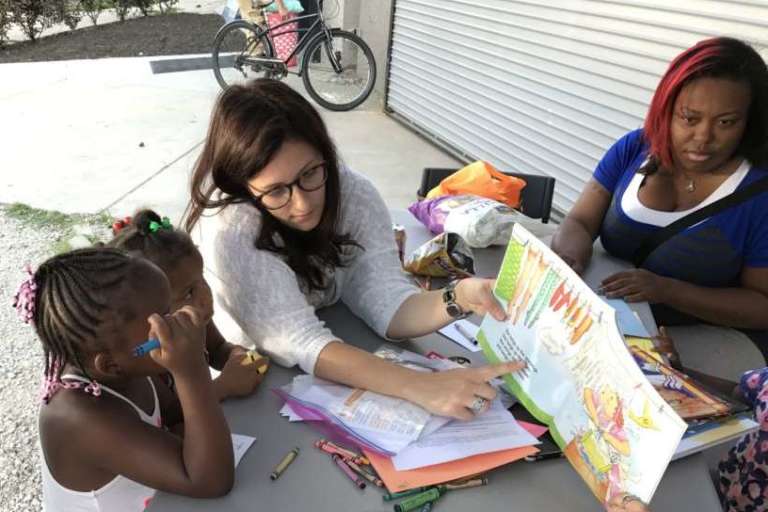