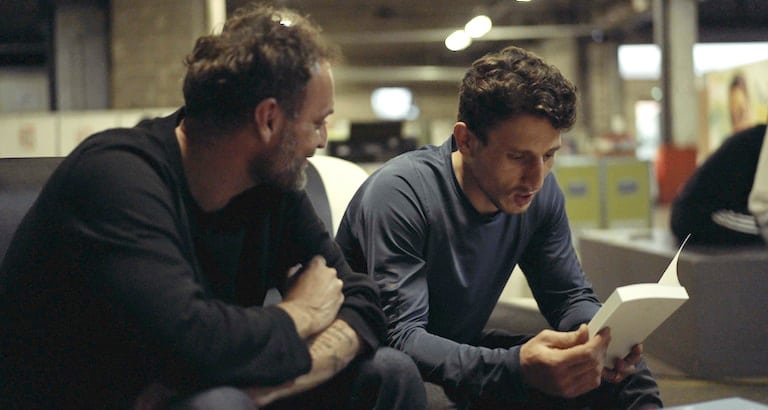 Informing, Rebuilding, and Inserting Oneself

In the Île-de-France (Paris and the surrounding region), Libraries Without Borders has collaborated for five years with the Aurore association to encourage the social integration of refugees. In many emergency housing centers, we facilitate activities every week centered around our Ideas Box kits to guide their acquisition of the French language and reinforce their knowledge about access to rights, to housing, and to employment.

Augustin Trapenard visited one of them, the CAIR Poniatowski (Poniatowski Center for Reception and Rehabilitation of Refugees) at Paris, where residents regularly meet at the Ideas Box to read, play, and take their minds off things at night.

Since last January, Libraries Without Borders has installed Idea Box kits in the CAIR Poniatowski at Aurore, in the 12th arrondissement in Paris. An experimental center launched in 2019, it hosts some 200 single men without housing options who benefit from international protection (refugees and subsidiary protection).

“Some residents barely go out onto the streets. Some others work, often in precarious situations, in restaurants or in construction. At CAIR, we offer them six renewable months of personalized support for housing and employment access: for example, information sessions to facilitate encounters between residents and professional organizations, such as companies, job workshops, and temporary work agencies.

In the context of these programs, the Ideas Box – a media kit designed by Phillipe Starck for Libraries Without Borders — is set up every week In the middle of the residents’ lockers and painted mural frescoes, around twenty residents meet every Wednesday and Friday night. They have access to computers, board games, tablets, a television, exercise books for learning French, and books on French culture chosen by our teams to best meet their interests and needs.

In the workshop program led by Jeanne and Bruno, facilitators from Libraries Without Borders, there are translations of American rap lyrics, elementary guitar lessons, debates, Pictionary, quizzes on the French departments, etc.

“The Ideas Box is above all a meeting place. Rather than staying in their rooms, the residents meet up there to play and talk. Everything is very natural. Friendships are formed, notably among people of different nationalities that would have never otherwise met.” – Bruno Morin.

“They may be shy the first few times, but then they come back and meet. I am thinking specifically about Sherzad and Siddig, an Afghan and a Sudanese that became friends even though they did not know each other at all before coming to the library.
The trigger is often the games: a big success for the belote card game that brings everyone together!” – Jeanne Rullaud.

When it is not used by our teams, social workers from CAIR make use of the Ideas Box to organize, for example, writing sessions for résumés/CVs and cover letters. The cameras found in the Ideas Box allows the residents to record mock job interviews and encourages future candidates to express and defend themselves orally.

“The Ideas Box allows us to complete our mission in aiding the residents’ social integration. For the last six months, we have used it in all the workshops that we have organized: job search, housing, citizenship, French history, etc. It is a formidable tool and a great wealth of resources!” – Perrine Leclerc. 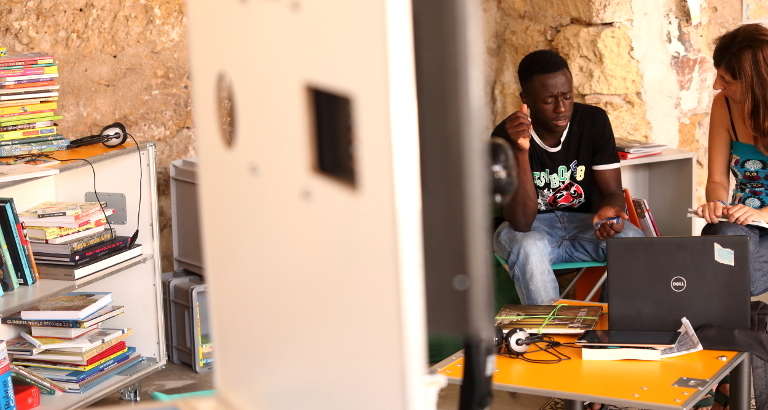 Ansou in Palermo: “When someone helps you, you want to thank him in return” 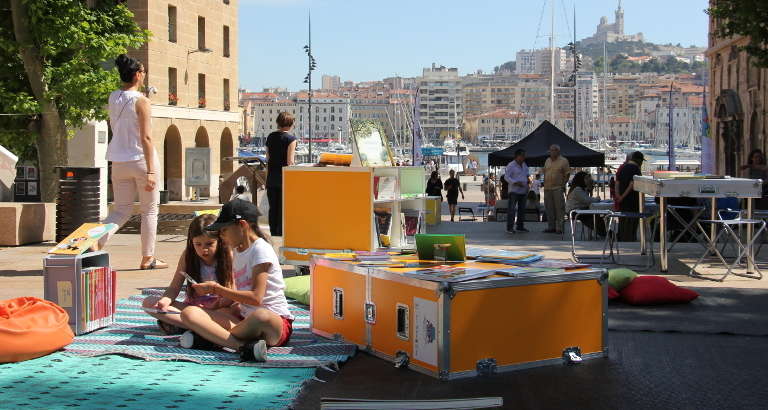 4 years of the Ideas Box, 1 million users throughout the world